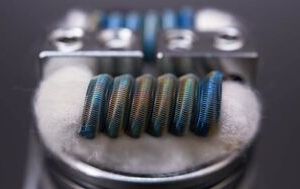 A standard E-cigarette consists of the following components: a mouthpiece, a liquid storage area, an atomizer (which heats up the device), a microprocessor, a battery, and some have a LED light on the end to further mimic lighting a cigarette.

An atomizer consists of a small heating element which is usually a coil, that vaporizes e-liquid and a wicking material that draws liquid onto the coil. A small length of resistance wire is coiled around the wicking material and connected to an integrated circuit, or in the case of mechanical devices, the atomizer is connected directly to the battery through either a 510, 808, or ego threaded connector. When the user presses and holds the button in on the device, the resistance wire coil heats up and vaporizes the liquid, which can then be inhaled by the user.

The electrical resistance of the coil, the voltage output of the device, the airflow of the atomizer and the efficiency of the wick all affect the vapour coming from the atomizer. They also affect the how much vapour is produced from the device. Many vapers who have labelled themselves as cloud-chasers configure their atomizers to produce large amounts of vapour by using low-resistance heating coils.

Atomizer coils made of kanthal usually have resistances that vary from 0.4Ω (ohms) to 2.8Ω. Coils of lower ohms have increased vapour production but could risk fire and dangerous battery failures if the user is not knowledgeable enough.

The cartomizer (cartridge and atomizer) on the other hand, integrates the coil into the liquid chamber. It consists of an atomizer surrounded by a liquid-soaked poly-foam which acts as an e-liquid holder. Cartomizers can have up to 3 coils and each coil will increase vapour production, perfect for cloud-chasers.

Why does my e-liquid taste burnt?

The cartomizer is usually discarded when the e-liquid starts to taste burnt, which usually happens when the e-cigarette is used with a dry coil.

Cartomizers can be used on their own or in conjunction with a tank that allows more e-liquid capacity.  When used in a tank, the cartomizer is inserted in a plastic, glass or metal tube and holes or slots need to be made on the sides of the cartomizer so liquid can touch the coil.

A clearomizer is a more common device. This contains wicking material, an e-liquid chamber, and an atomizer coil within a single clear component allowing the user to monitor the liquid level in the device, so it’s easy to see when running out of juice.

A rebuild-able atomizer also known as an RBA is an atomizer that allows the user to assemble the wick and coil themselves instead of replacing them with store-bought atomizer heads. These atomizers are divided into two main categories; rebuild-able tank atomizers (RTAs) and rebuild-able dripping atomizers (RDAs).

Rebuild-able tank atomizers (RTAs) have a tank that can hold up to 4ml of e-liquid that is absorbed by the wick. This tank can be plastic, glass, or metal. The steel wick must be oxidized to prevent damage to the coil. Another type is the Sub ohm tank which are rebuild-able or RBA kits. They can use coil heads of 0.2 ohm, 0.4 ohm, and 0.5 ohm which can be stainless steel.

Rebuild-able dripping atomizers (RDAs) are atomizers where the e-juice is dripped directly onto the coil and wick. The common nicotine strength of e-liquids used in RDA’s is stronger than for your standard device, starting at 3 mg and 6 mg. Liquids used in RDA’s tend to have more vegetable glycerine as opposed to propylene glycol. The atomizer has a building deck which is usually three posts with holes drilled in them, which can hold one or more coils depending on the user’s preference. The user needs to manually keep the atomizer wet by dripping liquid on the bare wick and coil assembly in order to use an RDA. 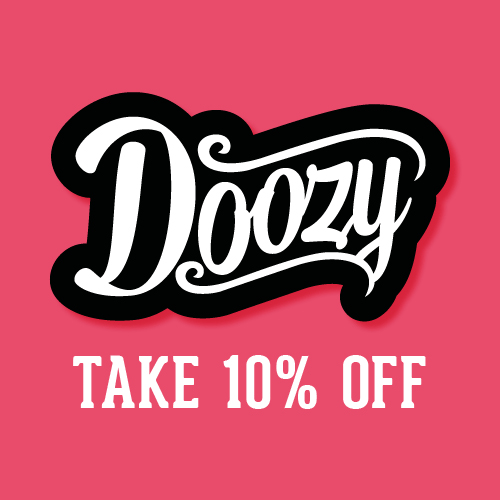