Can Second-Hand Vape Smoke Be Harmful? 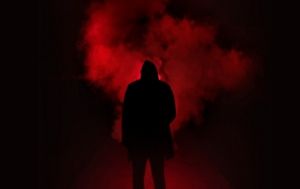 Second hand vapour is the smoke-like substance exhaled into the atmosphere by a vaper. It does linger in the air for some time, like second hand smoke which can be inhaled by someone if they are nearby. However, people nearby are not inhaling secondhand smoke because second hand e-cigarette vapor isn’t the same as smoke!

Smoke usually comes from burning wood, leaves, tobacco or a burning building. It produces volatile gasses, carcinogenic particles (found in cigarettes), carbon monoxide, and a mixture of dangerous chemicals that are found in the tar of a cigarette. Second hand smoke isn’t as dangerous as inhaling smoke directly from a cigarette, but long-term exposure to secondhand smoke can cause damage.

E-Liquids are made from propylene glycol and glycerin, which is mainly vegetable extracts and sugars. Vapers produce clouds of vapour by heating e-liquid with an atomizer which has a metal coil in it, which turns it into vapour. The vapour from e-cigarette doesn’t contain carbon monoxide, tar or carcinogens like cigarettes. There are very small amounts of dangerous chemicals in vapour, but not a large enough amount to cause concern. The level of toxicants is minuscule compared to those in cigarette smoke, which means the dangers of second hand vaping are much less.

The particles that aren’t inhaled fall to the ground. Unabsorbed nicotine lands on floors and furniture, so we would advise not vaping around kids or pets who might lick these surfaces. But either way, there’s not much nicotine left in the settled residue. According to a 2016 University of California-San Francisco study, 93.8 percent of the inhaled nicotine is retained by the user, and is not part of the exhaled vapor. It’s also useful to remember a lot of vapers use 0 mg e-liquid which has 0 nicotine contents in it.

In conclusion, particles from vaping, which are liquid particles rather than solid ones like smoke particles, don’t seem to affect our air quality in any way.

Public Health England’s review of available evidence of vaping risks concluded that “to date there have been no identified health risks of passive vaping to bystanders.”