Where is vaping illegal? 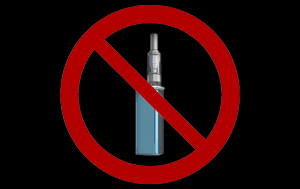 Here at Doozy, we’re based in the UK meaning there are no bans on vaping devices. The only restriction we have is within Nicotine strength; in the UK you can only purchase an e-liquid up to 20mg in Nicotine strength, whereas in the US e-liquids up to 50mg are available to buy. However, many countries aren’t as fortunate as ourselves, and have gone on to banning vaping entirely. Some risk expensive fines if caught in possession of an e-cigarette or even jail time! 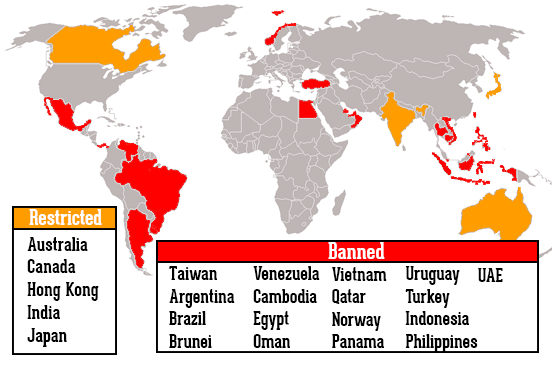 Thailand has some of the strictest rules around vaping. You could face up to 10 years in prison if caught with an e-cigarette / vaping device.

In February 2018 strict rules were put into place around possession of e-cigarettes, meaning it is now a punishable offence and can see fines of up to $1,500 issued.

Other countries where vaping is banned include:

Countries where vaping is restricted

In these countries, it may not be illegal to vape or possess an e-cigarette however they have other restrictions.

In Australia for example, it is legal to use e-cigarettes but e-liquid with nicotine in it is illegal, despite a lot of uproar from those wanting to vape with nicotine. Therefore Australian vapers can only use 0mg e-liquids.

Japan has the same law banning e-liquids with nicotine contents, leaving 0mg e-liquids the only remaining liquids in the Japanese market.

On the other hand, in Canada, you have to be at least 19 years old to vape. Unlike the UK, vaping is permitted in many establishments in Canada, but you should always ask the owner of the building beforehand.

India seem to be unsure of their verdict on vaping as the states of Karnataka, Kerala, Punjab, Jammu and Kashmir, Mizoram and Maharashtra have banned vaping, while it is still allowed in different parts of the country.