What are Nicotine Salts? 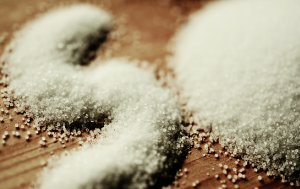 Nicotine Salts are the latest trend in the vaping industry. But what are they?

The salt in Nic Salts are composed by a type of nicotine that forms naturally in leaf tobacco and is generally considered to be a more stable form of nicotine compared to the original Nicotine found in most e-liquids.

They are absorbed into the body more easily and quickly than when vaping regular nicotine liquid. They are very soluble in fat and water, making them rapidly absorbed by the lungs, providing instant relief when inhaling.

The salts became popular with the release of the JUUL vaping device which itself has become very popular recently.

Here at Doozy Vape, we have no Nicotine Salt strength greater than 50mg (which cannot be sold outside of the EU due to TPD regulations) as the hit would be much too harsh. However, with the release of salts, the majority of people who vape 3mg freebase nicotine are able to comfortably vape from 20mg Nicotine Salts, as salts go into your bloodstream more efficiently. This is because the salt e-liquids have a special ingredient called Benzoic Acid which helps to make Nicotine Salts smooth and satisfying in higher strengths.

So what’s the science behind this? Benzoic Acid facts:

So overall Salts are one of the most effective types of nicotine at helping people stop smoking and #startvaping.  This is because they are much stronger than regular e-liquids, meaning that the given effect is much more close to the effect of smoking a cigarette, which helps get rid of the nicotine craving.

Click here to return to our blog for more awesome posts!