How Does Vaping Help You Quit Smoking? 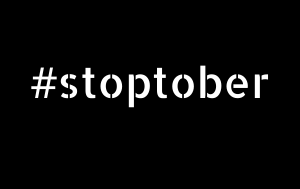 Thousands of people in the UK have already stopped smoking by using an e-cigarette. In a major UK clinical trial funded by Cancer Research UK it was found that people who used e-cigarettes to stop smoking were twice as likely to quit than people who were using other nicotine alternatives such as nicotine patches or gum.

The trial showed the used of e-cigarettes may help between 50,000 and 70,000 smokers in England quit every year. The research was conducted by the University College London (UCL)The study was published in scientific journal Addiction and used data from the Smoking Toolkit, a series of monthly surveys of households in England aged 16 and above that date back to 2006.

The results of the study show that the success rate of smokers quitting smoking cigarettes increased from 2011 as the number of smokers using e-cigarettes (also known as vaping) increased. By evaluating 50,598 smokers from 2006 to 2017, the research concluded that in 2017, between 50,700 and 69,930 smokers quit who would have likely continued if they didn’t switch to vaping.

How does vaping help you quit?

Switching to vaping and using an e-cigarette can help you satisfy and eventually reduce your nicotine cravings. When you start you need to use the right strength of nicotine in your e-liquid and vaping when you would normally smoke. When you’re starting out it’s good to go to your local vape shop for advice on the nicotine strength you need and the kind of device you should start out with, these are normally known as starter kits. If it’s the tobacco flavour you’re after, there are many tobacco flavour e-liquids out there to help replicate the feeling of smoking without all the nasty chemicals. It’s advised that you stop smoking cigarettes completely if you want to see the full benefit of vaping. To help you with this, visit your local NHS stop smoking service.

Nic Salts Vs E-Liquids Which Is Better?